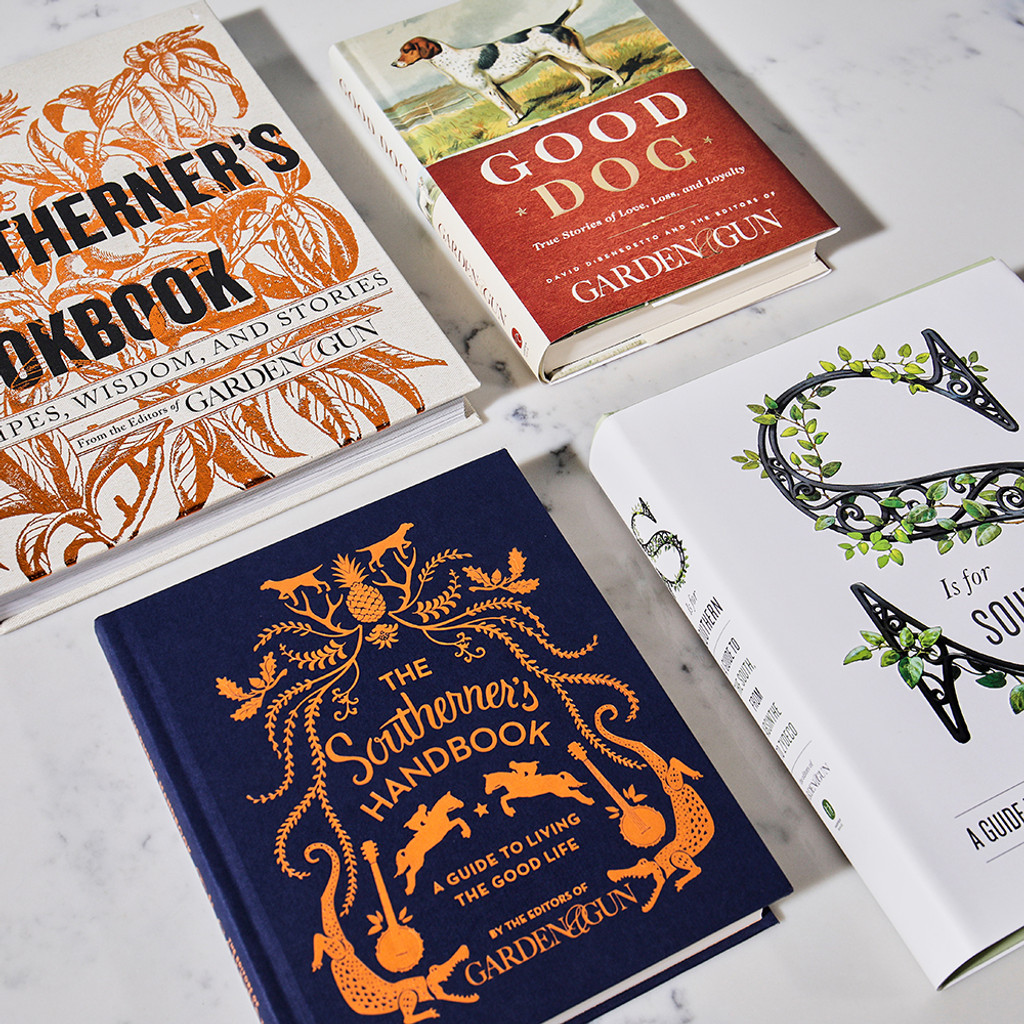 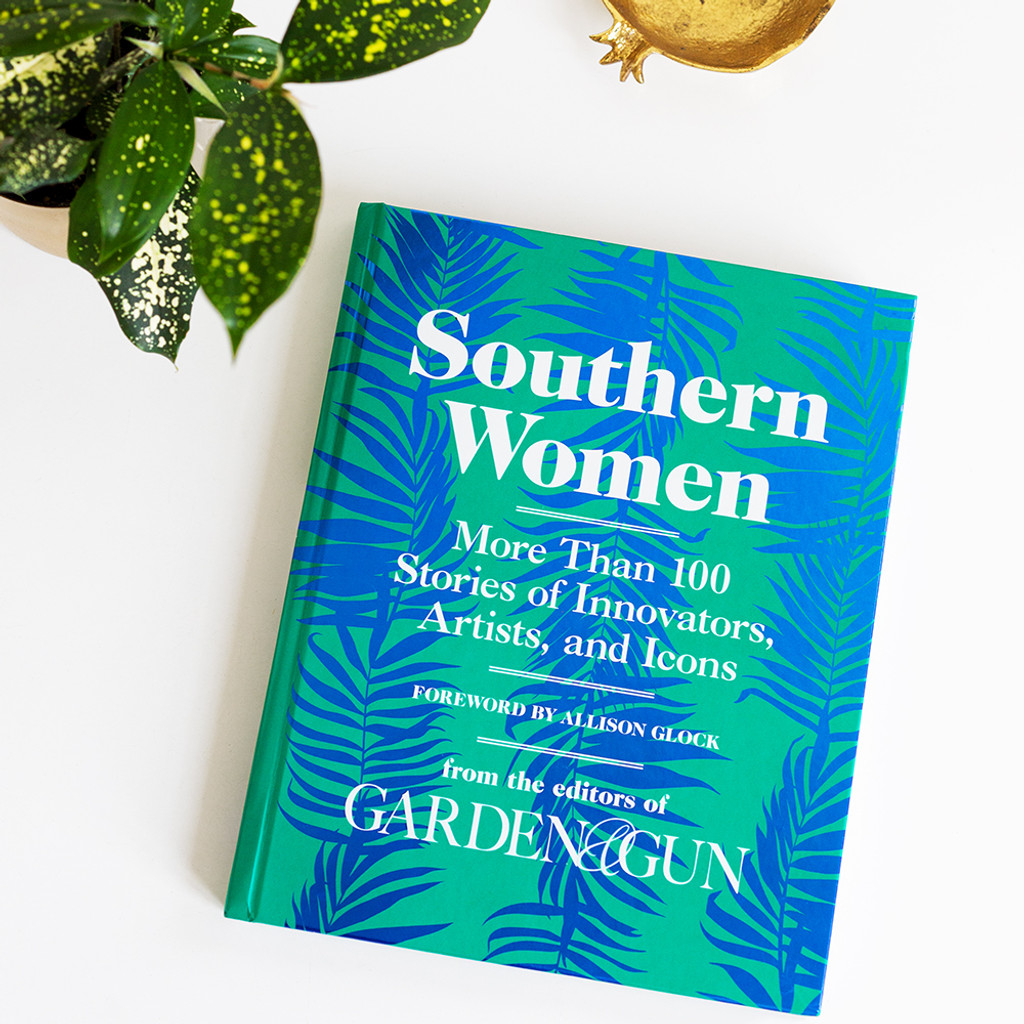 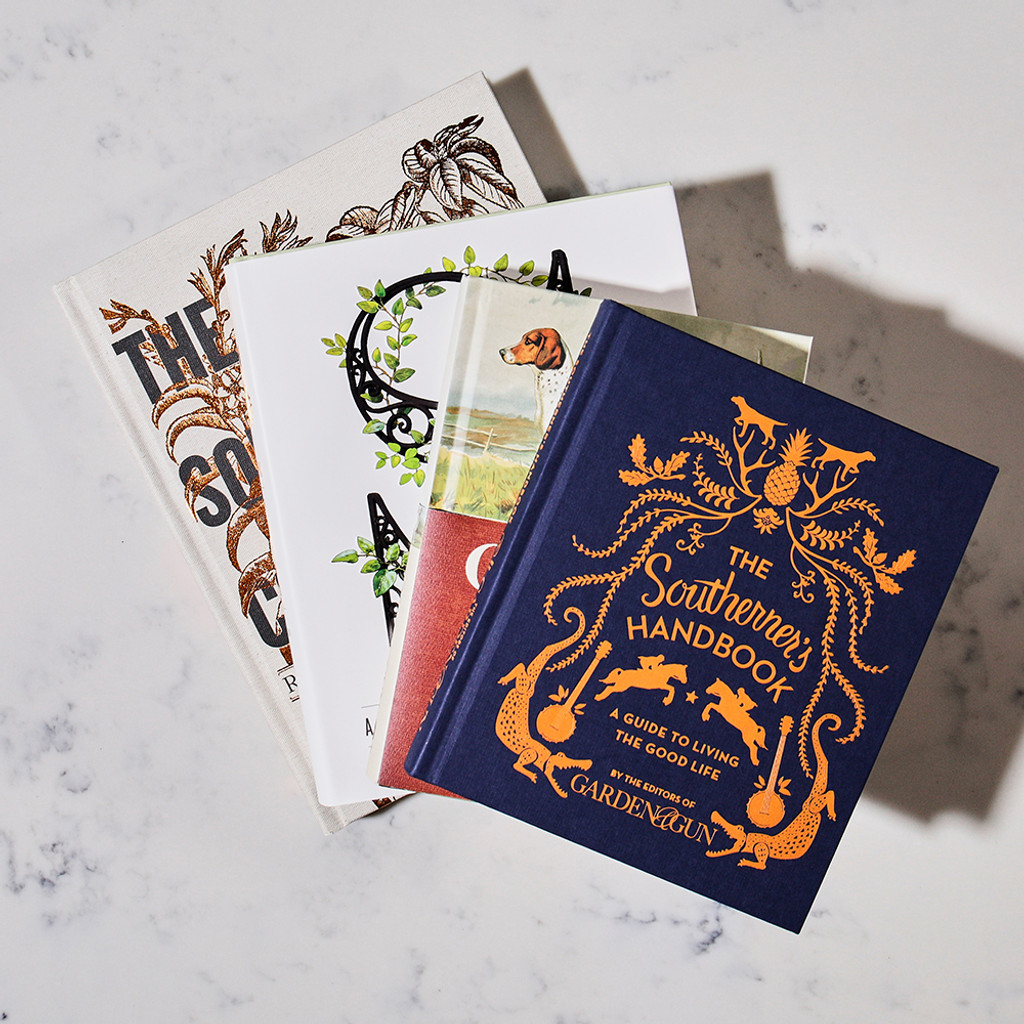 Our complete collection of Garden & Gun titles that celebrate the best of the Southern lifestyle, including:

Filled with more than 100 interviews, essays, and photos, Southern Women features the voices and stories of the South’s most remarkable chefs, musicians, actors, writers, artists, designers, and more. Read their stories of triumph, grit, and grace, and learn about the ties that bind the sisterhood of Southern women: an unflinching resilience and resourcefulness, an inherent love of the land, and a singular style and wit.

S is for Southern: A Guide to the South, from Absinthe to Zydeco

The American South is a diverse region with its own vocabulary, peculiarities, and complexities. Tennessee whiskey may technically be bourbon, but don’t let anyone in Kentucky hear you call it that. And while boiling blue crabs may be the norm across the Lowcountry in South Carolina and Georgia, try that in front of Marylanders and they’re likely to put you in the pot.

The Southerner's Handbook: A Guide to Living the Good Life

Whether you live below the Mason Dixon Line or just wish you did, The Southerner’s Handbook is your guide to living the good life. Curated by the editors of the award-winning Garden & Gun magazine, this compilation of more than 100 instructional and narrative essays offers a comprehensive tutorial to modern-day life in the South.

From Food and Drink to Sporting & Adventure; Home & Garden to Style, Arts & Culture, you'll discover essential skills and unique insight from some of the South’s finest writers, chefs, and craftsmen—including the secret to perfect biscuits, how to wear seersucker, and to the right way to fall off of a horse.

You'll also find: Roy Blount Jr. on telling a great story; Julia Reed on the secrets of throwing a great party; Jonathan Miles on drinking like a Southerner; Jack Hitt on the beauty of cooking a whole hog; John T Edge on why Southern food matters; and much more.

As flavorful, authentic, and irresistible as the land and the people who inspire it, The Southerner's Handbook is the ultimate guide to being a Southerner (no matter where you live).

When Garden & Gun magazine debuted a column aptly named “Good Dog,” it quickly became one of the publication’s most popular features in print. Now, Editor-in-Chief David DiBennedetto (proud owner of a Boykin spaniel) and the editors of G&G have gathered the most memorable stories, as well as original pieces, in this collection of essays written by some of most notable dog owners in literature and journalism.

Good Dog offers memorable, beautifully written stories of dog ownership, companionship, friendship, and kinship. From the troublemakers who can’t be fenced in to the lifelong companions who won’t leave our sides, this poignant anthology showcases man’s best friend through all of his most endearing—and sometimes maddening—attributes. By turns inspirational and humorous (just like the dogs we love), Good Dog is a must-have collection for dog lovers everywhere.

From Garden & Gun—the magazine that features the best of Southern cooking, dining, cocktails, and customs—comes an heirloom-quality guide to the traditions and innovations that define today’s Southern food culture, with more than 100 recipes and 4-color photography throughout.

From well-loved classics like biscuits and fried chicken to uniquely regional dishes such as sonker (Piedmont, North Carolina’s take on cobbler) or Minorcan chowder (Florida’s version of clam chowder), each recipe in The Southerner’s Cookbook tells a story about Southern food and its origins. With contributions from some of the South’s finest chefs, a glossary of cooking terms, and essays from many of the magazine’s most beloved writers, The Southerner’s Cookbook is much more than simply a collection of recipes: it is a true reflection of the South’s culinary past, present, and future.

S is for Southern: A Guide to the South, from Absinthe to Zydeco by Garden & Gun

$45.00
The American South is a diverse region with its own vocabulary, peculiarities, and complexities. Tennessee whiskey may technically be bourbon, but don’t let anyone in Kentucky hear you call it...
View Product

The Southerner's Cookbook: Recipes, Wisdom, and Stories by Garden & Gun

$38.00
From Garden & Gun—the magazine that features the best of Southern cooking, dining, cocktails, and customs—comes an heirloom-quality guide to the traditions and innovations that define...
View Product